What you should consider when creating an endowment

An endowment is seen as a powerful way to ensure long-term survival and sustainability of a non for profit organization ensuring a continuous, guaranteed source of income.
An endowment is essentially a separate investment fund where only a portion of the earnings or interest from the invested capital is used to fund the non for profit organization. Often this fund is managed completely independently from the non-profit, investing the principal capital in stocks, bonds, physical assets and other instruments. The initial seed capital is not touched so that the flow of funds can continue, and depending on the investment, withdrawal and usage policy  increase, over time.

Although the practice of supporting a charitable foundation from a robustly seeded endowment is relatively commonplace in countries such as the US and the UK, according to the aforementioned Trust Africa/UBS study – Africa’s Wealthy Give Back – they are not as commonly used by African philanthropists with only 8% of those interviewed for the report stating that their foundation receives funding from an endowment.
The report does however go onto mention the use of Waqf in places such as Kenya, Nigeria and South Africa. A Waqf is a religious endowment in Islamic law, typically through the donation of a building, a sum of money or plot of land for charitable purposes. The donated assets are held by a charitable trust and the profits of which are given away as charity. Today, a growing number of Islamic foundations in Africa are accepting donations as Waqf, investing the money and using the profits generated to fund their activities.

And there is a growing interest in both endowments and Waqf across the continent with notable examples such as the Tony Elumelu foundation, The Dangote Foundation and the Allan Gray Orbis Foundation whose endowment investments are said to be over $100m each.

When considering following suit and setting up your own endowment, there are three key policies which need to be finalized and, in some countries, legally formalized:

The investment policy: This policy lays out what types of investments a manager is permitted to make and dictates how aggressive the manager can be when seeking to meet return targets. This policy will need to be undertaken with a trusted investment advisor and should take into account the concepts noted in the previous section.

The withdrawal policy: This policy sets out stipulations around what percentage of funding the organization is permitted to access from the fund at any given time. The withdrawal policy is based on the needs, and sometimes legal regulation of the country of registration, of the organization and takes into account the amount that remains in the fund.

The usage policy: This policy details what the extracted capital can and cannot be used for and serves to ensure all funding is adhering to the original purpose of the endowment.

There are five items to think about when creating your own endowment in addition to the above:

2) What is your risk appetite? And seek out an investment manager who can offer suitable strategies (in terms of historical return and risk)

3) Will the endowment be set up within your existing nonprofit organization or will it be a separate organization?

4) What are the tax implications and legal implications of setting up an endowment? Speak to your legal advisor, accountant and tax advisor on the most suitable way to structure your endowment.

5) What is the public facing rational for your endowment? Some potential funders will question your need for additional funding if you already have a particularly large endowment. Turn it into a positive to show financial stability, professionalism, etc.

As with your foundation, proper governance is required, and again a legal obligation in many countries, for the management of your endowment. The Board needs to be a mix of individuals who have experience of the investment side, but also a passion for your cause. You also need to consider transition questions and the legacy of your endowment should the founder no longer be around to ensure the continuation of its intended use.

Example C: The African Academy of Sciences (AAS) based in Kenya, set up an endowment in 2001 with seed funding of $5m received from the Government of Nigeria. The AAS uses the interest generated from investing the Endowment Fund to finance a portion of the operational and capital requirements of the Academy. A portion of the interest is also reinvested to compensate for currency degradation and inflation. The AAS Governing Council authorizes how the income from the fund is used and also approves gifts, cash and physical assets given as endowment. The Investment Manager, who is currently the AAS’ Chief Operating Officer, acts as the fund manager and decides where to invest the funds.

Meanwhile, purchasing power should be protected by capturing additional sources of return. In addition to the traditional “risk premiums” that can be earned by investing in public markets, the high share of private market investments means that investors can also capture returns from exposure to less liquid and less well-followed markets.

3) ensuring liquidity at the right time

The needs of some private investors have a lot in common with endowments; model portfolios of both need to provide recurring cash flow, while also preserving the purchasing power of the portfolio against inflation into perpetuity. The “endowment model,” as pioneered by David Swensen, the CIO of Yale’s endowment12,, aims to provide recurring income for an institution’s operational needs (in Swensen’s case, Yale University) while preserving the inflation-adjusted value of the assets granted to the endowment in perpetuity.
Many endowments have been highly successful in fulfilling this objective in recent years, the most notable being universities such as Yale. MIT’s endowment for example has risen by an average of more than 10% annually, in Africa, the largest endowment is that of the University of South Africa, which between 2011 and 2015 rose by around 16%

These investors earn more return, with lower volatility. The key to their strategy lies in not limiting the scope of their investment universe. They take positions in asset classes worldwide, including niche and less liquid assets in private equity, real estate, hedge funds, and private debt markets. By diversifying broadly and accepting lower levels of liquidity, they are able to earn high returns.

So, how does it work? The key building blocks, in UBS’s view, are some assets from public markets (bonds ranging from the safest government bonds to sub-investment grade bonds, and equities), and some assets from private markets (hedge funds, private equity and debt funds, and real estate). Endowment allocations typically have a much heavier weighting in private market investments than most traditional allocations held by private investors. This mix of assets meets the key criteria of income and purchasing power protection: income is provided by diversified streams: dividends from public equities, distributions from private equities, rents from real estate, and interest from a variety of fixed income instruments.

Endowment funds are generally created to last forever, in order to sustain the existence of a particular institution. This very long-term time frame calls for portfolio construction with different weights and asset classes other than entailed with traditional investments, one that focuses more on long-term performance and less on liquidity.

It is widely-known that every religion has philanthropic components to it, and Islam is no 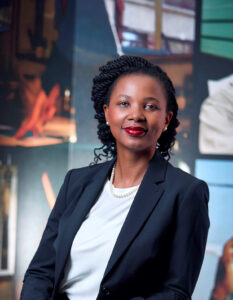 By Noxolo Hlongwane; Head of Philanthropy: Nedbank Private Wealth  It has long been accepted that